I wish you all Happy, Healthy and Prosperous Holidays! My wish for the New Year is that our out-of-control lawmakers stop making more laws and allow the free market to take its course. It seems every time they regulate the industry with more laws, people find more loopholes to do business as usual.

Isn’t education more effective than legislation? Isn’t knowledge the answer to most of our problems? What I see lacking most in our business environment is honor. Greed has prevailed and virtually replaced honor in what we think, say or do. Real estate in particular, has been hit hard with this disease.

This, I hope to change by drawing attention to it and demanding improvement. For now, let’s hope for a vision of a day when honor will return to our business dealings and honorable people are rewarded, while bad ones fall by the wayside. Most of our lawmakers, our so-called leaders, do not represent the people, as outlined in our Constitution. Instead, they work for the vested interest and their own pocketbooks, another clear example of greed replacing honor.

So, the question is how do we get rid of them? It requires positive action on our end. After all, are they not a mere reflection of people in our society? It would certainly seem so. Therefore, to bring any lasting change to our country, we must take responsibility for ourselves. This is accomplished by making a serious commitment to our personal development and self improvement. As we get better and more enlightened, we can increase our awareness to make better choices. Only in this way can we hope to restore our integrity and bring honor back to our community. I’m confident when we get things done locally, the bigger picture will also benefit in short order. 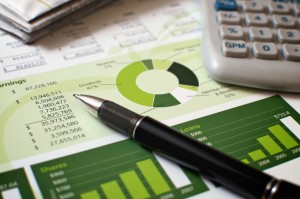 Some big-dollar tax deductions that affect businesses are set to expire in 2013, so now’s the time to make sure your company considers taking advantage of them for the current tax year. Doing so may allow you to buy more equipment, send less to the IRS, or both.

Senior consultant Peter Brown of Sageworks, a financial information company, talks with accountants daily and said quite a few of these professionals are working on year-end planning right now, setting up client meetings and making calls.

“Many accountants are trying to contact their clients and engage with them to help them identify and maximize deductions in order to save some money on their taxes,” Brown said. “They’re also encouraging clients to work with them now so they won’t have to file as many extensions.”

Michael Lortz, shareholder at Portland-based accounting firm Geffen Mesher, specializes in working with entrepreneurs and privately held businesses and said deductions related to equipment purchases and spending on research and development are among the things that could go away in 2014, assuming Congress doesn’t act to extend them.

Here’s a rundown on some moves to consider:

Section 179 deduction: “Under the Section 179 deduction, businesses can write off dollar-for-dollar their equipment purchases,” with certain limits, Lortz said. For example, a business could buy a new truck, new machinery, or new servers and deduct the first $500,000 in costs for the 2013 tax year.

Without an extension by Congress, the allowed first-year deduction drops to $25,000 in 2014.

“That’s a pretty significant incentive to purchase and place into service any fixed assets or equipment,” Lortz said. He noted that making sure the equipment is placed in service by Dec. 31 is important. “So, for example, if you were to order some new servers and you ordered them December 30 and installed them after January 5, technically, they don’t qualify for the deduction in 2013,” he said. Purchases exceeding $2 million start to lose that first-year deduction of $500,000 too, he noted.

Real estate purchases aren’t covered by the Section 179 deduction, but if you’re a tenant and you’re making certain leasehold improvements, you might be able to write off up to $250,000 of those expenses, according to Lortz.

R&D tax credit: Another tax-related item set to expire in 2013 is the tax credit for research and development. It has been extended numerous times over the years, and it’s one that tends to get extended, sometimes retroactively, Lortz said. Despite the high-tech-sounding name, this credit is not for tech companies alone. “If you’re having to come up with new ways of doing things, new processes, you very well might qualify,” Lortz said. Check with your tax advisor on the specifics of your situation, he suggested.

“Many businesses that might qualify for this tax credit aren’t aware that they qualify,” Lortz said. “The key here is making sure they’re talking to their tax professionals, saying, ‘Is there anything we do that would qualify for the research and development tax credit?’”

Another planning issue that small businesses should be looking at if they haven’t already this year is their business structure, Lortz said. The impact of new taxes for 2013 that are part of the Affordable Care Act (including a 3.8 percent tax on net investment income, which can affect investors in a business, and a 0.9 percent tax on earned income) can be reduced if your business is structured as an S-Corp.

“Those new taxes just give businesses another reason to take another look at whether they’ve got a good entity,” Lortz said. “Businesses ought to have taken a look at this structure already, but a lot of folks were crossing their fingers that the law would get overturned on appeal. If they had put off planning, it’s time to start.”